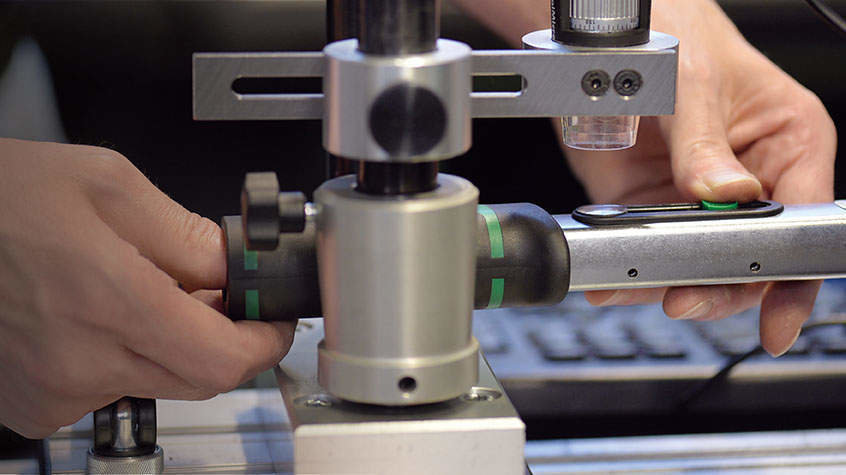 How can one ensure that a customer is informed about the accuracy of their torque tools? How is it possible to guarantee that tools of this type are carefully checked and, where necessary, compared with the national standard? STAHLWILLE has known the answers for more than 20 years: standards and directives are the key.

Very early on, STAHLWILLE recognised the importance of standardisation and calibration technology. In 1997, the enterprise was the first manufacturer of torque wrenches in Germany to be accredited by the German Calibration Service (DKD). This gave the company the licence to check torque with reference to the national standard and issue calibration certificates. Today, STAHLWILLE’s calibration laboratory is accredited by DAkkS in accordance with DIN EN ISO/IEC 17025:2005. 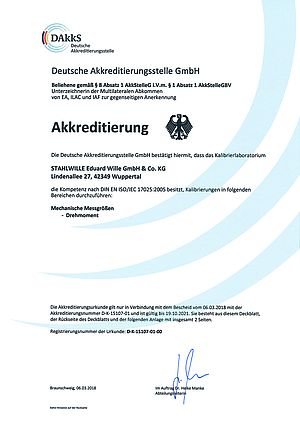 STAHLWILLE fulfils all the requirements of Technical Specification 16949 – an indispensable condition to enable torque tools for automotive suppliers to be calibrated. At the same time, STAHLWILLE’s laboratory complies with DIN EN ISO 9001:2008 – which makes the company the ideal partner for all those enterprises that are certified to quality management system 9001.

To achieve this status, it is absolutely essential to have indepth knowledge of calibrating and measuring techniques. The same know-how is an essential asset that is exploited in the development and production of torque tools. It is hardly surprising that STAHLWILLE products are recognised as being among the most accurate on the market.

But this fact does not mean STAHLWILLE rests on its laurels. On the contrary, the company plays an active role in national and international committees to continue to develop directives and standards. STAHLWILLE was involved in the drafting of the new standard for calibrating torque wrenches – DIN EN ISO 6789:2017 – and is one of the first companies to implement it in its production and laboratory. When calibrations of torque wrenches are carried out in compliance with Part 2 of the new standard, customers will be provided with more details on the uncertainty of measurement of the tool.